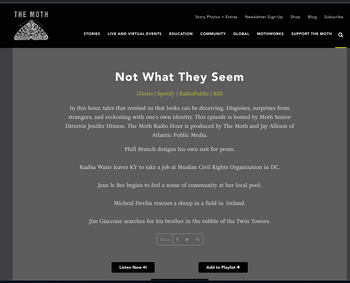 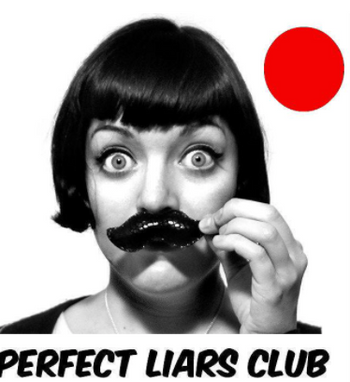 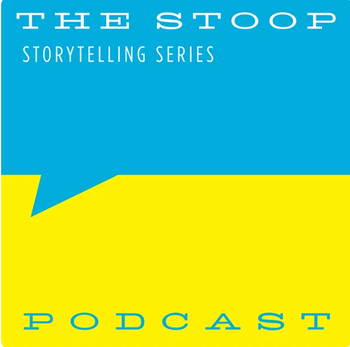 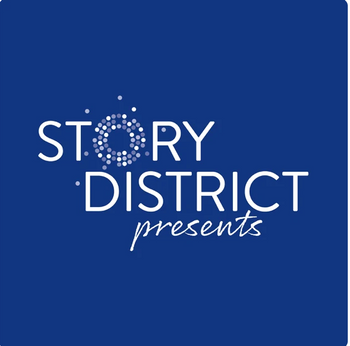 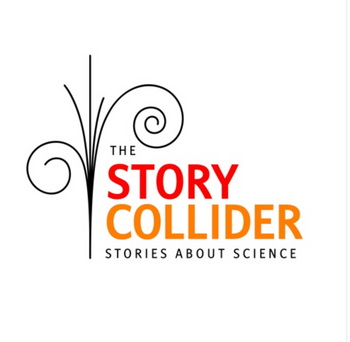 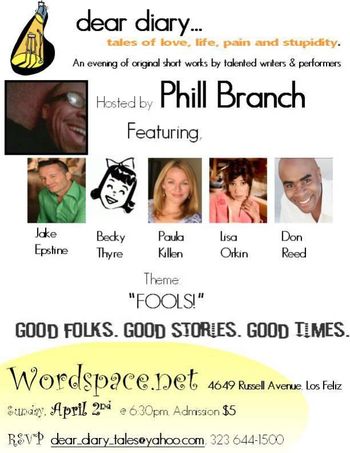 Listen to Phill on The Moth Radio Hour

In this hour, tales that remind us that looks can be deceiving. Disguises, surprises from strangers, and reckoning with one's own identity. This episode is hosted by Moth Senior Director Jenifer Hixson. The Moth Radio Hour is produced by The Moth and Jay Allison of Atlantic Public Media.

I saw his personal ad in the back of Frontiers magazine. Frontiers was my gateway to a world I didn't quite have a grip. It was one of those magazines you see in the gay ghettos piled up in front of small boutiques and adult novelty shops; an unholy invitation. Shirtless white boys with perfect abs and perfect teeth mocked you from the cover pages. Still carrying the burden of being black and being “that way,” it took me a while to actually pick one up.

No one knew about me.

I don’t count the men I met at adult theaters or the football player from Grambling I met one random night in college or my adviser who seduced me with the assistance of an International Male catalogue. They didn’t count because no one else knew. I could always walk away.

I’d moved out here to be the next Spike Lee, but somehow I ended up answering phones at Levine/Schneider Public Relations instead.

I love Christmas. My family wasn't especially religious. For us, Christmas was all about the gifts and spending time with family. As kids, my brother and I got everything we wanted. We’d open gifts, then hop into a cab over to my grandmother’s house where we'd open more gifts. It was always a magical time. Well, except for the one Christmas my dad left to get a tree and didn’t come back until after Christmas.

My first Christmas in L.A. was magical too…in a black magic sort of way. I thought I wanted to kill myself, but I took a passive aggressive approach to ending it all. I didn’t have insurance, so there were no prescription pills. I was late with rent and considered jumping from my tenth floor Park La Brea apartment window, but that was too dramatic, even for me. At some point during my downward spiral I realized that I didn't want to kill myself. I really just wanted to punish myself for not having the life I was supposed to have.

I'd imagined I'd be engaged to my high school sweetheart, Dana. We had it all planned out. We were going to have three kids, two girls and a boy – Ebony, Essence, and Elijah. I don't know why we went with names that began with "E." I'm sure there was some reason that seemed profound in our teenage minds. Instead of engagements and kids, however, I found myself trying to face a life that was completely unrecognizable.

That first Christmas in L.A. was unlike anything I'd experienced – no snow, no yule log, no presents. People were wearing shorts for God’s sake. What kind of Christmas is that?

Since I decided against suicide, I went to the movies instead.  I remember wearing a turtleneck and brown corduroy pants. I thought maybe it would make me feel like I was home if I dressed in winter clothes, despite the warm temperatures outside.

I ended up seeing Dumb and Dumber. That choice didn’t make things much better.  On the way home, feeling completely lost, I picked up Frontiers.

Frontiers had ads for everything under the sun. I’d seen personal ads in mainstream newspapers before: "man seeks woman for walks on the beach and romantic dinners."  Frontiers was no walk on the beach.

"Hot guy in WeHo, with hot mouth looking to take big meat all day and night…anonymous only."

I was disgusted by the vulgar ads and seemingly classless nature of the people who posted them, but I kept reading and then I found "him."

“Come over,” he said. He lived in Norwalk.

“I’ll pay for a cab and I won’t try anything; don’t want to be all alone on Christmas.”

I showered, got dressed, and left a note with his address and phone number on my bed, under my pillow.  Even in my reckless abandon of meeting my faceless, nameless Norwalk date, I tried to be responsible. “If I am missing, I am in Norwalk at this address.”

I sprayed on some cologne and went downstairs into the waiting cab. Fearing getting murdered by an anonymous man in a town I was unfamiliar with is how I began my dating life. I knew it was dangerous, but part of me felt like I deserved whatever might happen. This was my lot, for being "this way."

I may have well been driving across the country. I’d never been on any of these freeways – the 5, the 110.  It wasn’t until I realized that I’d been riding for about a half hour that I begin to think the driver may have gone too far.

I began making a list in my head. People who will miss me if something happens: Mom, Qadir, Nana, Dina, Shekira, Brian, Rudy, Larryce.

The list went on. It went from a being a list of people who love me to being the list of people who'd come to my funeral. I wondered who would take the trip to New Jersey for the services. I wondered if people would be disappointed by how I had died and if they'd not show up. I started to wonder if my roommates would find the note. What if no one found my body?

I wanted to tell the cab driver to turn around, but the meter was already up to fifty dollars and I didn’t have fifty cents. I had to go the distance if not for anything but the cab fare.  I was already in too deep.

After about forty minutes I arrived in this foreign land of Norwalk and a tall, cute, lanky, black man met me at the curb. The cab driver asked for $85.

The stranger paid the cab driver, looked at me, and said, “You better be worth it.” Without any other prompt, he turned around and started walking toward his open apartment door.

It had to have been only seconds, but it felt like an hour as I watched him walk across the street. My legs were cement. I didn't move from the side of the cab. A piece of me, the piece that still kinda liked me, mustered up enough strength to lean into the cab driver's window and say,  “Please come back at six."

The cab driver, an older Russian man, stared at me for a beat and gave me a slight nod before he drove off.  As his car pulled away, I felt shipwrecked. All I had was a pager. No one would think to even look for me in Norwalk. They certainly wouldn’t be looking for me at some man’s house. For the first time in my life, I felt completely isolated.

“C’mon now,” Chicago yells. I call him Chicago because that’s where he said he was from. I don’t remember his real name. I’m sure he told me. Actually, maybe he didn’t.  I’m not even sure if I used my real name.

I walked into his townhouse, and he locked the door behind us. I can still remember the sound of the deadbolt closing. I saw him, from the corner of me eye, take the key out of the deadbolt. I pretended not to notice. I didn’t want to be impolite.

We sat on the couch at opposite ends. His stare was piercing. This was a game and he'd already won. I could feel myself shaking, so I know he could see it. He was older, probably not by much, but enough to have been down this road before.

"What’s Love Got to Do with It?" played in the background. It felt appropriate. As I pretended to watch TV, he watched me. In the moment, I suddenly realized that I'd skipped a few steps.  I had never been on a real date with a man before, but there I was sitting in Norwalk with Chicago, in a dead-bolted apartment.

"Do you have any eggnog?" slipped out of my mouth. It's Christmas. I wanted eggnog. I wanted my family. I wanted presents. Really, what I wanted the most was the key to the front door.

*Please continue reading the remainder of this essay and the other works in the book.*

When I was a young reporter at the National Enquirer, I convinced my bureau chief, Jerry, to let me interview Wendy Williams. There was no talk show yet, she was on the radio...and Black famous. I told them she was the next big thing and they relented. I contacted Wendy and she was all in.

Wendy and I chatted. When I told her I was from Jersey, the conversation loosened up. I am not sure if she was expecting a 23 year old Black kid from Newark, when she got on the phone with the Enquirer.

We kiki’d like we’d known each other for years. She is a pro. I was spilling ALL THE BLACK HOLLYWOOD TEA. Heaven.

We wrapped up, I went home to write and that was that.

The next day I get a call from my sis, mentor and senior reporter Pat and she is all like, “Fool, did you tell Wendy XYandZ?”

I was silent and then she laughed. She laughed that kind of laugh that older people do when someone younger does something really dumb. Like, she was laughing at me, but also like, “Boy, I don’t know what I’ma do with you.” She then says, “Jerry wants to see you and he’s mad...just apologize."

Black women ALWAYS hold us up.

So, I go in, sit with Jerry and he’s fuming. I normally called him Uncle Jerry, but I could tell he wasn’t here for it, so I said nothing. He asks me what I told Wendy. Truth was, I could not remember all of it. I ran my mf-ing mouth. RAN. I was 23, in an office on the Sunset Strip, talking to Wendy Willimas on the phone. I. Was. LIVING. #startedfromthebottomnowwehere

I told him what I could remember and he is rubbing his temples and asks, “Did you tell her who *Sitcom Star (name redacted) was dating?”

I sure the hell did, but I sat for a moment and pretended to be trying to recall if I had mentioned Sitcom Star and then finally admitted.

We used to do these contests. That particular week we had a contest that *Midwestern Woman (name redacted) had won. Her prize was a date with Sitcom Star...the one I had spilled tea on to Wendy. The date was the next day. I was the chaperone and was to escort the woman to a show taping and then tag along on their date.

Apparently, Wendy got all up on her radio show and told all of New York that she had some good tea on Sitcom Star and then revealed what I had shared. THEN Sitcom Star called in to Wendy’s show, saying it wasn’t true. (*It was*) Wendy wasn’t having it and then Sitcom Star asked where she got her info.

Wendy says, “My boy Phill Branch from the National Enquirer.”

For real, who does that? My whole name and place of employment.

Long story, longer...Sitcom Star called and cancelled his date with Midwestern Woman and she was already on a plane to L.A.